Last weekend I posted about a still I took from that “watashi dayori” video.

During the week I used it quite a lot!

One of my students came to my lesson – by his own admission – “very very hungover” (more than 10 double G&Ts the night before, apparently).

In light of this I thought I would warm up his English with something gentle and familiar. I had printed an image of the watashi dayori still and we went through the objects (in English) as a starter activity. 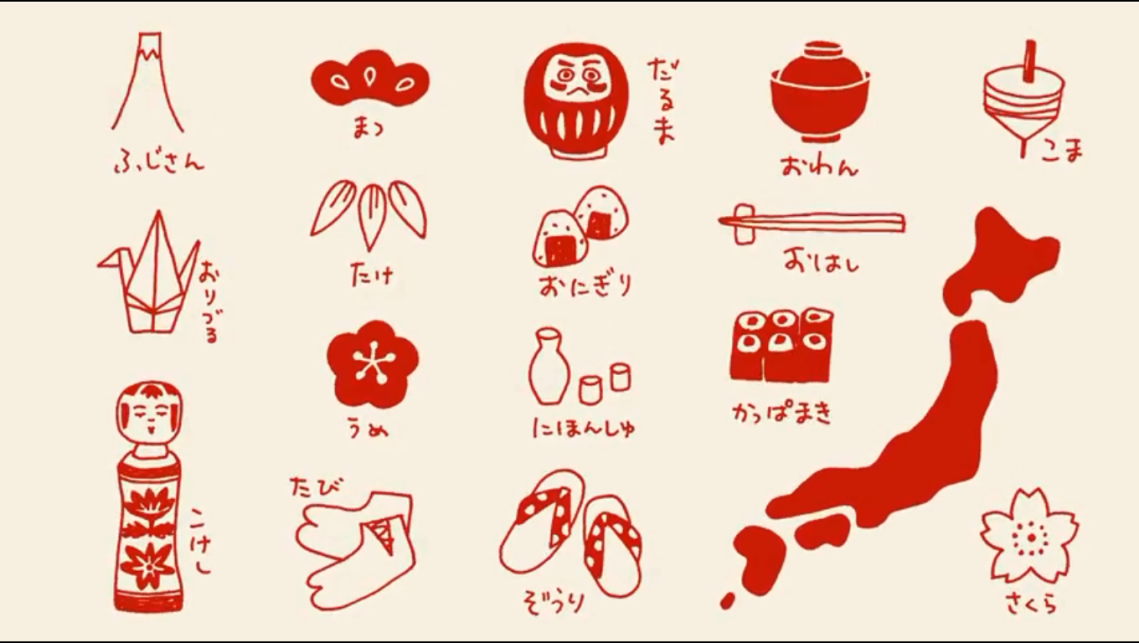 He told me a lot of very interesting extra information about the objects on the sheet, which I will use for entries on here 🙂

Today I want to focus on the “daruma” doll.

In some definitions of this word I see something like “with a blank eye to be completed when a person’s wish is granted” so naturally I pressed my student on this aspect (he may be hungover, but I’m not going to go easy on him goddamnit!).

He was only too happy to explain that typically the doll is bought with two blank eyes and that when you have decided on a “goal” or “wish” you fill in the right eye, then when it is accomplished you fill in the left eye.

Remember the “migi me” tongue twister I wrote about a little while ago?

Later in the week at the Thursday CB2 Cambridge Japanese Circle I used the watashi dayori sheet as a topic prompt for me, Callum, Matt & Megumi.

It was fun to go through the objects again, taking turns explaining (in Japanese) what each thing is, and the significance/meaning that we were aware of. Meg confirmed what my student had said about the daruma and Matt and I started riffing on what the size of the eyes might mean. It gave me the idea for a comic 🤔

Meg also told us about daruma otoshi, which I think might be best explained by this youtube video:

Or, you know, maybe not.

Tomorrow at the Sunday Japanese Circle I will ask native speakers for some more vocabulary related to the daruma. What precise words describe the sort of “wish” or “goal” one would associate with a daruma, for example? What are some other words related to daruma otoshi? I have many questions!

Today we talked about the daruma, but there are other Japanese traditions associated with more of the objects on the watashi dayori sheet. We will look at them in the coming entries, as well as returning to the daruma 🙂

Image credit: composite from the watashi dayori still and an image from the wikipedia entry on daruma.